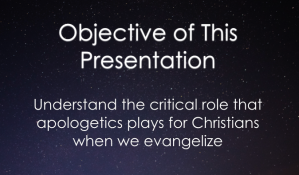 Sibu Rajappan has responded to Richard Dawkins below. Here is Sibu’s response:

“How can Vishnu, Brahma, Shiva, their cohorts and their children (Ganapati, Murukan, etc.) be incarnations? In the Puranas, these gods are interacting with each other, in some instances, fighting each other! This is not how a Hindu understands incarnations/avatars.”

Heather Marie Schuldt is the author of a young adult science fiction mystery, "Cindy Sailor and the Hunt for Owen" (2021). She also has a workbook for writers called "Writers 750 Emerald Workbook." She co-authored an award winning fantasy novella, "Gryffon Master," with five authors in 2015. She published six Giant Tales anthologies with over fifty authors in 2013 and 2014. She began studying apologetics in 2016, served as the president of student government, and graduated with a master's degree in 2019. She is the founder of the Writers 750 Program which began in 2012. She is a certified therapist in rational living therapy and loves to help people get better. She is happily married with three grown children and enjoys riding her bicycle. View more posts